The Battle of St. Albans 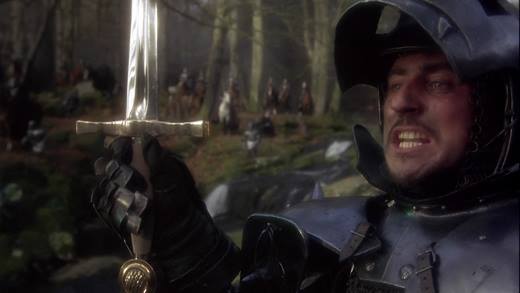 Game Location: July 18, 2014 at the Guild Hall’s Atrium in Savannah. FWIW, this Pendragon session was the very first Guild Hall event (game or otherwise) held in the Atrium. The name of the Atrium has since been changed to Miskatonic Labs.

Roll Call
Below is a list of the players that met at the very first gaming session of the Huntington Campaign, along with the characters they created.

Background
Each of the above listed squires is the son of a mercenary knight hired by Earl Dafydd of Huntington to assist King Uther Pendragon in his war against Saxon invaders. As part of the payment for the mercenary knights, the earl is providing training for their sons. If the squires improve their skills and are found worthy, they will become bachelor knights in the service of the earl. The squires joined the newly formed Company of the Crimson Hawk and are under the care of a vassal knight named Sir Edam. The Company of the Crimson Hawk are being housed in the Town of Beale Valet, the capital of Huntington.

The wife of Earl Dafydd is the Countess Lanna, and their children are Faulkas and Synduil.

Rumors for A.D. 495
The townspeople of Beale Valet are alarmed because someone has broken into the sacristy of the Church of the Sacred Heart. Many golden and silver items were stolen, including chalices, patens, and candlesticks.

Sir Edam and two of his friends, Sir Lester and Sir Tilvor, built a feast hall on the outskirts of Beale Valet and few years ago. In order to do this, they tore down the abandoned remains of a cottage which used to be the abode of the Witch of Raven Wood, a foul denizen of evil who died many years ago. Many people felt the land was cursed, but the three knights refused to heed the warnings. A few months after they completed and started using the feast hall, Sir Lester fell into a state of madness. In the dead of winter he maniacally attacked and killed his family and then fled into the Sauvage Forest, only to freeze to death. During the following year, Sir Tilvor went crazy, spending all his time obsessively hunting for a giant blue boar that no one else could see. His corpse was found in the woods by a family of woodcutters. Sir Tilvor, in a fit of madness, had hung himself. It seems that the vengeful spirit of the Witch of Raven Wood haunts those who defiled her homestead, inflicting them with a curse of madness. No doubt, Sir Edam is next!

Regmar “the Brigand King” hides in the depths of the Landoine Forest with a group of lawless rouges. Occasionally they waylay travelers along the Kings Road.

Squire Training
The squires engaged in training with the lance and sword.

The Battle of St. Albans
Two Saxon kings, Octa and Eosa, led a huge force of Saxons from Essex to invade central Logres. King Uther Pendragon took his army to meet them outside the Town of St. Albans. Because the members of the Company of the Crimson Hawk were young, barely trained squires, they were given an easy task far from the front line of combat. Namely, the were charged with protecting 8 supply wagons along with the peasants who handled the supplies. At camp, the squires noticed that the peasants were quietly arming themselves, and when confronted they shouted “Kill the puppies!” (meaning the player-characters). It turns out the peasants were actually Saxons in disguise who wanted to wipe out the Company of the Crimson Hawk and take the supplies to their barbarian allies. Nevertheless, the squires defeated them in combat.

The army of King Uther rounded defeated the Saxons in the Battle of St. Albans, causing Octa and Eosa to resort to a strategic withdrawal. The squires participated at a huge victory feast in the presence of the king. The next day they learned the tragic news that Uther had died during the night, treacherously poisoned by a physician who was tending his wounds. It seems that not only the squires had a sinister encounter with Saxons in disguise!