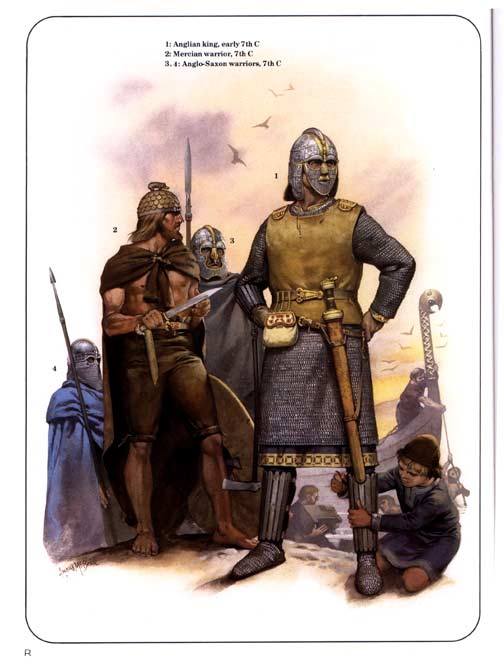 Mini-Adventure: The Stuck Wagon
The following players were present and ready to play at 7:00 p.m. and were able to participate in the “Adventure of the Stuck Wagon”:
Turpin, Galien & Damahaut

Recent heavy rains had turned some of the roads into a boggy morass. During this mini-adventure, the squires noticed a wagon stuck in the mud, with a peasant and his cart horse unable to free it. Even though nobles do not typically involve themselves in the laborious affairs of peasants, the squires noticed that the crates on the wagon bore the heraldry of Lord Galadorn. These were items belonging to the Galadorn family which were sent to be safely stored in a neighboring county a few years ago when the Saxon threat in Southports was looming. Now that Lord Galadorn is, more or less, firmly established in Beale Valet, he sent for them. The squires decided to help the peasant and freed the wagon. Although such an endeavor does not generate Glory Points, this made a good impression upon the Galadorn family. The squires were also were permitted to make Honor, Generous, Industry and Strength rolls.

Squire Training
This year, the players were able to choose from different sets of activities to focus their training. For example, duties in the court of the earl allowed one to attempt Prudent, Loyalty (lord), Honor and Intrigue rolls.

In addition to this, each squire received training in the use of the bow. Even though fighting with a bow is considered dishonorable amongst the nobility, it is prized by nobles as a hunting weapon, as well as for sport (i.e., archery contests).

Research
As a follow-up to Session 4’s adventure (“The Phantom of Lonely Elm”), the squires divided into three groups in order to glean information from certain knowledgeable people:

Master Gunterius (a sage who has studied supernatural phenomena): Athras and Galien went here. Gunterius reported that whereas the appearance of the ghost of Sir Warrenus sounded like an authentic haunting (by a human spirit), all the other mysterious events that happened that Halloween night at the Manor of Lonely Elm sounded like magic. More specifically, either glamour, illusions or things implanted into ones dreams. Human ghosts do not cast spells, unless they were spell-casters in their former lives. Seeing as this was very unlikely the case with Sir Warrenus, it appears that a spell-caster was somehow involved with the events of the night in question, the possible goal being to frighten the squires and make others reluctant to venture forth into the haunted house.

Nob (a woodcutter who is familiar with the Fens): Celsus, Riorden and Romulus went here. Nob provided a general description of the Fens and explained why they are dangerous to traverse. Not only is there quicksand, black water with hidden currents, bogs and thick fog, but there are also stories of malicious faeries.

The squires were keen to know about the nature of ash trees within the Fens, seeing as how the phantom of Sir Warrenus traced an “ohn” rune (which is a rune that is associated with ash trees). The Fens contain a lot of tall grass, shrubbery, and small trees, but ash trees, generally speaking, are too tall to grow therein. Moreover, ash trees require well-drained soil in order to thrive, a condition not typically found in the Fens. He has personally never seen an ash tree in that region. Trees that are, however, indigenous to the Fens are the willow, alder (such as the alder buckthorn), sallow and downy birch.

Nob also told the squires about Ely Island which is in the heart of the Fens. It is completely surrounded by water, deep mud and scattered areas of quicksand. Basically, it cannot be reached except by boat, and even then it gets tricky determining exactly where to disembark from the vessel. Nob has never attempted to gain access to the Ely Island.

In terms of human dwellings, there is an old legend about a town called Boston, inhabited by those who (naturally) prize their privacy. But surely people living in the middle of the Fens would need to engage in trade outside the Fens for a number of necessary goods, but no such trade exists. This leads Nob and many others to believe that Boston is just a myth.

Lady Yvette (wife of a vassal knight who recently moved to Beale Valet from the Village of Langster): Damahaut, Turpin, and Jaufre went here to get information about the family of Sir Wymark (i.e., the late son of Sir Warrenus, and the father of Mariel & Ester). Yvette said that the local gossip typically says that Ester killed her mother and father. Even prior to this, she was known to be an erratic and odd-minded person. For example, she tended to make morbid and inappropriate comments. Ester was also suspected of being a thief who pilfered objects from the marketplace. Given her noble station and lack of proof, no one ever formally accused her of any crime, but she is pretty much guilty in the court of public opinion. People give her the respect that is due her station, but otherwise shun her. Yvette thinks that Ester should move to away to a distant place and try to start a new life.

The Feast in Langster, Part 1: The Hunting Contest
Sir Haberlet, the appointed guardian of Mariel and Ester, invited Sir Edam and the Company of the Crimson Hawk to a feast at his manor house near the Village of Langster. This was to thank the squires for trying to solve the mystery behind the hauntings at Lonely Elm. In preparation for the feast, Sir Edam proposed that the squires used their newly-found bow skills to engage in a hunting contest.

The squires split up and selected different areas east of Langster to stalk their prey. Romulus flushed a temperamental boar which then engaged him in combat, striking Romulus with a major wound. Romulus survived the encounter, but he was unconscious for the remainder of the adventure. Turpin won the hunting contest by bagging a 13 lb. goose.

The Feast in Langster, Part 2 – The Marauding Saxons
Prior to returning to Langster from their hunting trip, the squires rendezvoused in a forest clearing. On their journey back, they came across a cottage with a number of slain peasants. Some had been killed, and some had been “killed a lot.” Several boot prints were discovered leading from the cottage into the thick woods. Utilizing some of the pages that accompanied them, the squires sent Romulus back to Langster for medical treatment, and left their horses at the cottage in order to follow the murderous culprits (i.e., the woods in this area were too thick for mounted travel).

Presently the squires came upon a band of nine marauding Saxons, including a huge war party leader and a berserker. Evidently, they had journeyed from the Saxon territories of the southeast, using thick wooded areas to mask their movement and prevent being intercepted by mounted opponents. The Company of the Crimson Hawk were given the decision to either attack or go and inform the sheriff of Langster (and then and lead a larger group of armed men to the area). Fearing that the Saxons would be long gone if they chose the latter, the squires attacked! A heated battle ensued, with the Company of the Crimson Hawk prevailing. Nevertheless, some of the squires were badly injured, but all survived. Administering swift justice and retribution to this lawless band of murderous barbarians further added to growing reputation of the Company of the Crimson Hawk.

The Feast in Langster, Part 3 – The Dinner Party
During the big feast at the manor house of Sir Haberlet, the squires were heartily congratulated for their exploits against the Saxons, and Turpin was congratulated for winning the hunting contest. The Lady Ester asked the squires what they had discovered thus far concerning the ohn rune traced by Sir Warrenus. The squires related to her what they had learned from Master Gunterius and Nob the Woodcutter. Naturally, they prudently did not share the gossip gleaned from the Lady Yvette.