The Honorable Challenge of the Squires 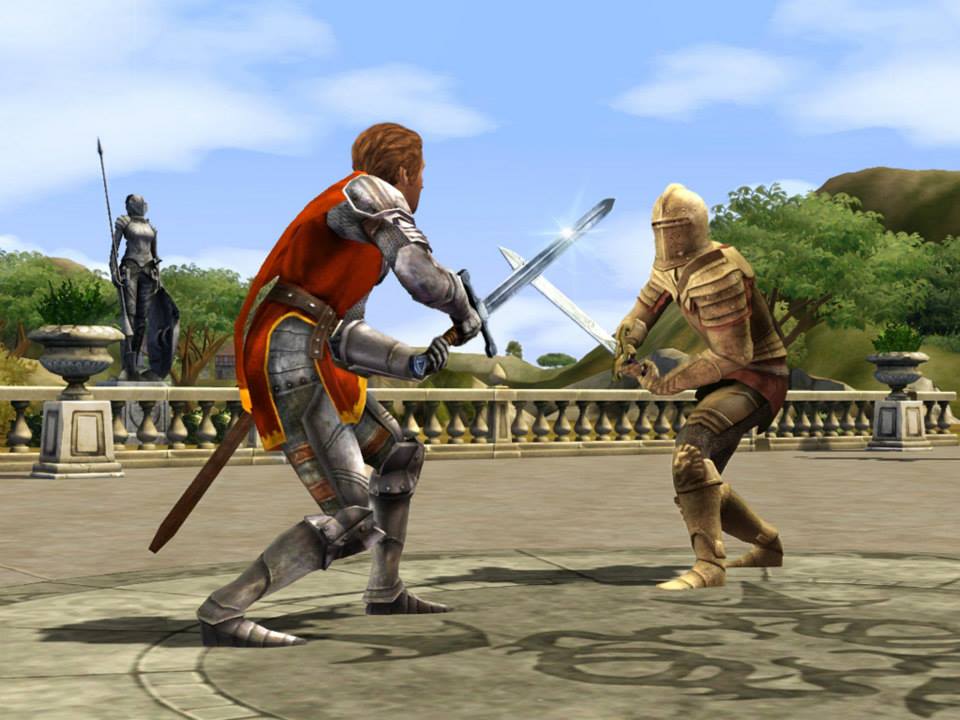 In the court of Earl Dafydd, the squires witnessed the earl officially designating Sir Galadorn as the new marshal of the County of Huntington. This means that he is now the commander of the county’s military in terms of forces in the field, the soldiers who protect the Castle of Beale Valet, and those who act as escort for the earl and his family. This promotion included Sir Galadorn being given the Estate of Doerun as a gift (which means the ownership of it reverts back to the earl upon the death of Sir Galadorn).

While at court, the squires discerned that Squire Riorden caused quite a bit of talk among the courtiers when the word got out that he bought a palfrey for the Maiden Willow. It was, indeed, a noble gift, and an unexpected one from an Irishman (given the fact that the Irish are typically characterized as being impoverished; fortunately, Riorden had an extra charger and did some horse trading with the earl).

Update on Old Rumors
The Fate of the Fathers:
Sir Emeric (the father of Dragan) and Sir Taurinus (the father of Donecus) are still missing after they set out in vain hope of recapturing the Saxon kings, Octa and Eosa, after their prison break in A.D. 493. There is a rumor that Sir Emeric is being held by King Octa somewhere in the Saxon controlled area of Britain in the south-east.

The Sword in the Stone:
Since A.D. 496, nobles have gathered at the Church of St. Paul in London in an attempt to draw Excalibur from the anvil and stone, and therefore being acknowledged as the king of Britain. So far, no one has succeeded.

Recap of Stolen Property (all thefts committed in Beale Valet):
A.D. 495: Gold & silver chalices, patons & candlestick holders stolen from the Church of the Sacred Heart. A.D. 496: A jewel-encrusted dagger stolen from Sir Gorn sans Humour, the earl’s butler.
None of these items have been recovered yet.

New Rumor
Ramsey Abbey (northeast of Beale Valet) has reported the theft of a golden chalice inlaid with emeralds. Not only is this a rare and precious treasure, it is also the very first chalice used by the monks of Ramsey Abbey when this monastery was founded. It is normally kept securely locked in a small room in the abbey’s sacristy, and was used for Mass only on special occasions. The thief or thieves responsible either had a key or were able to pick the lock, and no perpetrators have been identified yet.

Squire Training & the Prophecy of Caesennia
The squires had another run in with the Blacksmiths of Beale Valet: Valter, Hamon and Hablet. They were testing a new mace design and debating whether or not killing with a garrote is honorable (or manly). The behavior of this trio was characteristically psychotic.

Earl Dafydd hired a wandering sage to stay in Beale Valet for awhile and tend to the education of the squires. He is a middle-aged man named Theronde. The Latin studies for the squires included translating the Prophecy of Caesennia, which was dated to about A.D. 170. Caesennia of Silchester was known to be a Christian mystic, being a British-Roman woman who served in the court of the British king Lucius in the mid-2nd Century. Note that Lucius is mentioned in the campaigns timeline as being the one responsible for spreading Christianity in the British Isles.

The Prophecy of Caesennia reads as follows:

“The bright southern city shall not long survive
the death of its founder.
Sons of barbarians and the wild forest dwellers
shall eat away ravaged civilization.
Hope can endure in the glory of a resurrected land.
Vigilance and devoted arms must be its defenders.
Let the brave gather on Casterton Fell.
Let Lonsdale be guarded by the lions of men.”

Theronde told the squires, “Remember this prophecy. Teach it to your sons.”

The Honorable Challenge of the Squires
A mysterious noblewoman named Lady Elidia teamed up with Earl Dafydd to host a contest to discover who the best squires are from the County of Huntington and the Barony of Brun. Three chests were available as rewards, going to 1st, 2nd & 3rd place. the Lady Ester was in attendance wearing the latest thing from France: perfume! Her perfume was lavender scented.

The first part of the challenge involved one-on-one duels (non-lethal) with the Company of the Iron Fist from the Barony of Brun. These matches were as follows:

Because Donecus and Riorden lost their duels, they were eliminated from the challenge. Each squire who won his duel was then allowed to select one of three paths. At the entrance to each path was a herald, who delivered a rhyme.

The first herald had a banner depicting a canyon, and he said:
“Get the Last Rites and sign your wills,
for this path will test your martial skills.”

The second herald had a banner depicting a hill, and he said:
“This is the path for the strong and agile,
or your chance for success is very fragile.”

The third herald had a banner depicting a forest, and he said:
“Whether armed with a spear or bow,
your hunting skills you’ll have to show.”

Athras, Damahaut and Galien chose the canyon path. Therein they met a group of riders who identified themselves as the Riddling Horsemen. To be allowed to continue through the narrow canyon, each squire had to earn the right by either correcting guessing a riddle or defeating a rider in a joust (best two out of three).

Galien was asked, “What’s black when you get it, red when you use it, and white when you’re all through with it?” He correctly guessed “Charcoal” and was allowed to pass.

Athras was asked, “At night they come without being fetched. By day they are lost without being stolen. What are they?” He answered, “Dreams” but although that was certainly a good guess, the correct answer was, “Stars.”

Therefore, Athras had to joust but lost, and therefore was eliminated in the contest.

Jaufre was asked, “With thieves I consort, with the vilest, in short. I’m quite at ease in depravity; yet all divines use me, and savants can’t lose me, because I am the center of gravity.” Jaufre had no answer (the answer was the letter “v”) and also lost the joust, resulting in his elimination from the contest.

Damahaut, Celsus and Turpin chose the hill path. They had to cross a mossy log which spanned a creek and then help rebuild the walls of a dilapidated shrine before the Angelis bell was rung at noon. Then they had to climb a steep, rocky hill. These feats tested such things as Dexterity, Strength and Energetic, and they were all successful.

Romulus, Christofarus and Torhall chose the forest path, wherein they had to engage in a hunting contest. Each was allowed to choose either hunting with a spear or a bow, and they all chose the former. Nevertheless, while hunting for wild pig their prey managed to elude them, and all three squires were eliminated from the contest.

Having succeeded in the first three challenges, Damahaut, Celsus, Galien and Turpin were permitted to engage in the final phase, which was a horse race. It was very close. Galien came in 1st Place, Turpin in 2nd Place, Damahaut in 3rd Place, and Celsus in 4th Place. Consequently, Galien won the large treasure chest, Turpin won the medium one, and Damahaut won the small. The chests contained denari and magic potions for the squires, as well as snacks and restaurant gift cards for the players.

Lady Ester’s Enchanted Nocturnal Visits
That night, Galien had a dream that the Lady Ester visited him and tried to seduce him. He was able to remain steadfast and chaste, and resisted her attempt. Then Turpin had the same dream, but succumbed to her charms. When both squires woke, they realized it was a dream, but nevertheless smelled the scent of lavender in their rooms (which was the kind of perfume Ester had been wearing that day). Were these nocturnal visits truly a dream?