The Wrath of the Brigand King 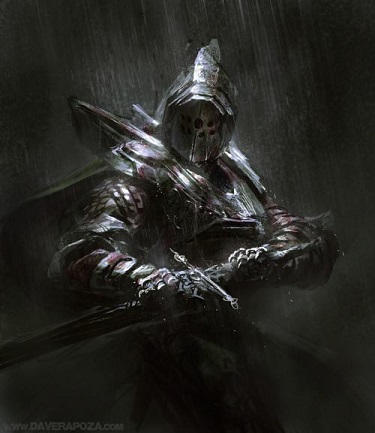 The Chromatic Dragon was finally open so we gathered there for a pre-game dinner. Dinner went a bit long though, causing the game to start at 7:30. In light of this, Eric the Cleric skipped the Mini-Adventure.

Rumors
1) As you know, at Christmastime each year, the Cathedral of St. Paul in London hosts a gathering to see if anyone can pull Excalibur from the anvil and stone, and therefore be revealed as the rightful High King of Britain. As unbelievable as it sounds, no one has been able to do this yet!

2) Stolen Items: As a brief recap, the following items were mysteriously stolen in recent years: A.D. 495: Gold & silver items from the Church of the Sac red Heart in Beale Valet (i.e., candlesticks, chalices, patens, etc.).
A.D. 496: The jewel encrusted dagger belonging to Sir Gorn sans Humour, the earl’s butler. Whoever took this managed to pick the lock of the chest it was kept in.
A.D. 499: A golden chalice inlaid with emeralds was stolen from Ramsey Abbey. It is not only a precious treasure but also a historical artifact, being the first chalice used at Mass when Ramsey Abbey was founded. The thief either picked the lock of the sacristy or had a key.
A.D. 500: 240 shillings intended to be used as a ransom for Sir Emeric were stolen from a chest that was both locked and secured with a chain.
Update: So far none of the items have been recovered, and the thief (or thieves) is still at large. No other theft of this caliber has been reported in the past couple of years.

3) According to various reports throughout the local realm, Regmar the Brigand King has grown more powerful and cruel as the years go by. It should be pointed out that the robberies committed by him and his men involve brute force and often murder, and lack the sublety associated with the thefts that were just mentioned in this set of rumors. Nevertheless, Regmar’s campaign of crime has successfully netted him quite a fortune, so much so that he is able to provide exemplary equipment and training to many of his men. He even has an elite squad of warriors known as the Black Shields, because they paint their shields jet black. These are no common brigands, because they fight with the skill of battle-hardened knights. It is also said that the forces of Regmar include even more deadlier fiends…

Regmar & the Black Shields
A hunter on horseback came across a frantic peasant in the woods who said he was running for his life. He claimed to be from the hamlet of Split Leaf Court which had just been seized by Regmar the Brigand King and his forces. The hunter brought the peasant to Beale Valet, and the earl quickly dispatched the knights, some squires, and a team of hobilars to deal with the situation.

Present at the hamlet was Regmar mounted upon a demonic horse called a hell steed. Also there were his three sons (triplets appearing to be about nine years of age; mounted on coursers), eight of the elite brigand horsemen known as the Black Shields, Erzog the Ogre, and a few normal brigands on foot. Most of the peasants were locked in a barn.

Combat started with Regmar challenging whoever felt worthy enough to confront him in single combat. Athras accepted the challenge, and he and his mount were magically transported to the Realm of Mists. Beside them were a peasant couple, bound and blindfolded. Regmar told Athras that even though he would certainly lose the duel, his survival was guaranteed so that he could spread the word about the invincible nature of the Brigand King. But the price of his failure would be the death of the two peasants.

In the joust that ensued, Athras was able to successfully strike and wound Regmar in a lance charge. But then the hell steed breathed a ball of green fire upon Athras’ charger, incinerating it. Without the benefit of a mount, Athras was injured by Regmar to the point of unconsciousness. A few rounds later, he regained his senses, discovering that he was not actually wounded, but the two peasants were decapitated. Athras then found himself back in the hamlet and able to join the battle to free the peasants.

All of the player-characters survived the combat, and the forces of Regmar were either slain or captured. The exceptions were Regmar himself, who never reappeared from his duel with Athras, and his sons, who were commanded to leave the area (seeing as they were too young to fight).

Donecus heard the voice of Minerva, the Witch of Raven Wood, in his head, telling him to get a sample of blood from the tip of Athras’ spear. She revealed that Regmar is the one that she expects him to eventually slay, and his blood is the ingredient to bring her for that year’s application of the ongoing enchantment of his sword.