[Cyrmic Christian, b. 492]
Addressed initially as “Your Majesty”, and then as “Sire.”

Arthur was born in Arthur is born at Tintagel Castle, Cornwall, in 492, the son of King Uther Pendragon (the 5th High King of Britain) and the Duchess Igraine. He was taken from Cornwall shortly after his birth by the wizard Merlin, and given to Sir Ector (a vassal knight of Uther who lived in the Sauvage Forest) to be raised as his foster son. As such, he is the brother of Kay’s son, Sir Kay. Until his true identity was revealed in 510, Arthur believed he was a bastard son of Ector, and therefore of humbler lineage than Kay. All this deception was contrived by Merlin as a way of protecting Arthur from the many people who would seek to kill him rather than allowing him to one day obtain his rightful title of High King, and all the power that goes with it. Therefore, Ector and his household were not told Arthur’s true identity either. All Ector was told was that Uther had commanded him to bring Arthur into his family and raise him as a son. 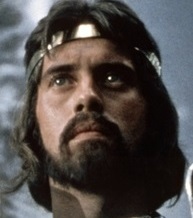