[Cymric Christian, b. 467]
Addressed as “Your Lordship”

In 490, as a young banneret knight in the service of King Uther Pendragon, Daydd’s military prowess helped stop a major Saxon incursion into Logres. Moreover, he directly assisted in capturing the Saxon kings Octa and Eosa at that time. Uther rewarded him by giving him the title of earl and granting him Huntington County as his fief (this land in eastern Logres was initially part of the high king’s demesne). This benefited Uther as well, seeing as it placed a talented military commander on the borders of the Angle and Saxon controlled areas to the east and south-east.

Dafydd formed the squire training association known as the Company of the Crimson Hawk in 495. He is married to Countess Lanna, and their children are Lord Faulkas and Lady Synduil.

The town of Beale Valet has a old Roman fortification built to guard this area of the Dubglass River, being the final place where large vessels can properly navigate the waterway. Over time, this fortification has been transformed into the Castle of Riverward. 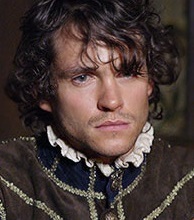