Donecus is the son of Sir Taurinus, a mercenary knight, and the Lady Anandrie. Taurinus was initially a footsoldier from the City of Lindsey who was once in the service of Baron Garmon of Brun. Once, while on a military campaign in the north, Taurinus thwarted an assassination attempt made against the baron by some Pictish warriors. As a reward, Garmon knighted him, but did not elect to bring him into his household as a bachelor knight. As a result, Taurinus undertook the career of a mercenary knight, eventually being hired by Earl Dafydd of Huntington in his battles against Saxons. After a misadventure which is described in the below timeline, Taurinus left the life of a knight and reinvented himself as Regmar the Brigand King (although Donecus would not know of this until many years later).

Anandrie is the the daughter of a tavern keeper and barmaid. She married Sir Taurinus at a young age in an arranged marriage. They had a loveless relationship and she has never seemed very concerned when he was missing in action over a prolonged period of time. As a matter-of-fact, she seemed to prefer him not being around.

Anandrie has been an emotionally distant and harsh mother towards Donecus. Her lifelong friend, Mettarani, claims that as a young teenager, Anandrie and a village girl named Essyld both had romantic aspirations for a young hunter. Essyld allegedly enlisted the aid of a witch to cast a curse upon Anandrie to make her hate men. Whether or not that actually happened, the fact remains that Anandrie suddenly lost interest in the hunter. To this day, she has treated Donecus and all other men with a notable degree of contempt. Donecus has even overheard her saying to others that she never wanted children. In the past, when strangers in the tavern asked her if she had any children she would say, “No.”

Did this curse ever really take place, or is Anandrie’s mean-spiritedness a result of a cruel upbringing? After all, her parents are known for being very strict and temperamental. And if it’s a curse, can it be lifted?

480: Birth of Donecus in the City of Lindsey to Sir Taurinus and Lady Anandrie.
493: Taurinus hears that Earl Dafydd of Huntington County, Logres, is hiring large numbers of mercenary knights to assist in his battles against Saxon encroachment. Wanting to take advantage of this opportunity, Taurinus moves his family to the town of Beale Valet and begins his employment for Earl Dafydd.
Taurinus is one of a number of knights in Silchester guarding the Saxon kings Octa and Eosa. When surprise Saxon raid frees the kings, Taurinus and another knight, Sir Emeric (father of Sir Dragan) pursue them into Windsor Forest. Taurinus and Emeric are subsequently captured and imprisoned in Kent.
494: Taurinus, believing that he will not get ransomed, manages to escape from his prison. Disillusioned by the life of a mercenary knight (a job where one continually risks ones life for a few silver coins), Taurinus reinvents himself as Regmar the Brigand King, and becomes the leader of a powerful band of cutthroats and robbers. Although Donecus hears rumors about Regmar, it will not be until 506 that he discovers Regmar’s true identity.
495: Squired – Donecus becomes an original member of the newly formed Company of the Crimson Hawk (Town of Beale Valet). Mentored under Sir Edam. As a squire, Donecus participates in the Battle of St. Albans, protecting the supply wagons of the forces of King Uther Pendragon from a Saxon attack. He also attends the funeral and burial of Uther at Stonehenge.
496: Meets the daughters of Sir Galadorn.
497: Investigates the haunting of the Manor House of Lonely Elm.
498: Battles Saxon marauders in the forest near the Village of Langster.
499: Participates in an event known as “The Honorable Challenge of the Squires,” which pits the Company of the Crimson Hawk against the Company of the Iron Fist (i.e., some squires from the Barony of Brun). The challenge includes non-lethal combat (in which Donecus is unfortunately defeated by Christofarus) and other tests of skill. Huntington proves to be the winning side at the end of the day. The Honorable Challenge of the Squires eventually inspires the concept of bohorts featured in tournaments.
500: Donecus encounters a woman in the Sauvage Forest named Minerva (formerly known as the Witch of Raven Wood, and allegedly dead). She informs Donecus that she is a servant of the forces of nature, and that the balance of powers in the area has become greatly askew due to the activities of Regmar the Brigand King. She relates that Regmar discovered an old spell of hers and has shown a strange affinity for practicing magic. Moreover, he has perverted her nature-oriented spells to be demonic in nature. Minerva desires Donecus to be her champion and offers to enchant his sword to assist him in eventually defeating Regmar. Donecus agrees. This enchantment is a slow process, and requires him to visit her annually.
Travels to Sycamore Castle to assist in ransoming Sir Emeric (the father of Dragan) from the Saxons. Emeric relates how Sir Taurinus, the father of Donecus, was imprisoned with him, but he escaped in 494 after believing that he would never be ransomed, and declaring the life of a mercenary knight to be foolish. Emeric does not know the whereabouts of Taurinus.
501: Attended a fancy dress ball with the Lady Gwendoci. Donecus is dressed as a shark, and Gwendoci is dressed as a swan.
Knighted by Earl Dafydd of Huntington. Sir Donecus becomes a bachelor knight residing in Beale Valet.
502: Donecus assists in freeing some villagers from Regmar the Brigand King and his elite rogues known as the Black Shields. Observing the fight are Regmar’s two young sons. The forces of Huntington prevail, although Regmar uses magic to ensure that he is not captured. The sons of Regmar likewise escape, although by more mundane means (i.e., on horseback with a good head start).
503: Participated in the Quest of Raul the Foole.
504: Landed – Earl Dafydd gives Donecus the Estate of the Doleful Moors as a grant (located in Huntington County near its border with the Anglian Hills). At this point, Donecus becomes a vassal knight.
Minerva the Witch is ready to complete the enchantments on the sword of Donecus. The sword has the power to protect him against demonic magic, and has a special slaying power specifically designed to readily kill Regmar. Nevertheless, Minerva offers to delay the completion of the process one more year if Donecus desires her to extend the weapons slaying power to any blood descendant of Regmar’s. Knowing that Regmar has sired sons who are following in his evil footsteps, Donecus agrees. For this endeavor he has to bring Minerva the much praised and much maligned herb known as jo jo jo po. Despite all this, Minerva clearly states that, as a servant of nature, her desire is not to make Donecus a great and mighty knight, but only to restore a balance of power within nature.
505: Marriage – Weds Lady Lisalen O’Shea.
Donecus meets Minerva one last time to complete the enchantments on his sword.
506: Birth of Japheth, son of Donecus and Lisalen.
Donecus joins a mission to finally put an end to Regmar the Brigand King and his band of outlaws known as the Black Shields. Donecus and his allies manage to find and enter Regmar’s secret lair, and in the ensuing battle, Donecus stabs Regmar with his magic sword. Although the slaying power of the weapon greatly wounded him, Regmar was able to resist its full effects and he strikes Donecus unconscious with his own enchanted weapon, the Mace Malevolence. One of Donecus’ allies, Sir Damahaut, picks up the slaying sword and kills Regmar. When Regmar’s helmet is removed, his identity as Sir Taurinus is revealed. Donecus now knows that he, himself, is susceptible to the slaying power of his sword. In light of such revelations, the magic sword of Donecus becomes known as “Kinslayer” (Interfectorem Cognati).
507: Attends the 1st Banbury Fair (Barony of Tribruit).
508: Battle for London – Donecus assists in capturing Lud’s Castle from its Saxon occupiers. 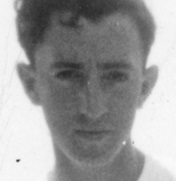