Origins:
Folkvar is from Kent, the son of Sir Breca, a Jute, and Lady Edoma, a Saxon. Sir Breca is a mercenary knight, and Edoma was initially a commoner, the daughter of a farmer. Both are descended from the Norsemen who King Vortigern brought to Kent in 450 to assist in his battles against the Picts and Irish. Although Breca is Wotanic, he agreed to have Folkvar raised in the Christian ways of his mother.

Folkvar’s paternal grandmother, Marri, is known to be wise in the way of rune lore. She once said that a blood descendant of Breca’s will one day experience great fortune accompanied by the Saxon rune of rad (i.e., “road”, representing travel, hardship and reward) while calamity would come accompanied by the rune of is (i.e., “ice”, representing ice, cold and slipperiness).

484: Breca takes part in the Battle of Eburacum, siding with the Saxons in their combat against King Uther Pendragon. At this time, Breca is not a knight, but rather the son of a Jutish chieftain. In the battle his father is slain and Breca is captured, but his Saxon allies refuse to pay his ransom. Evidently, this is a ploy for them to seize Breca’s family holdings in Kent. Breca’s imprisonment is entrusted to Sir Dafydd who, at the time, is a banneret knight. Over time, Breca comes to appreciate the fair and respectful treatment he receives from Dafydd.
488: Due to his admiration of Dafydd and his bitterness against the Saxons who betrayed him and his family, Breca becomes a sergeant of a squad of Dafydd‘s footmen. After exhibiting great heroism in battle against some Saxon raiders, Dafydd asks Uther to knight him on the battlefield. At this point, Breca is no longer considered a prisoner. Because Dafydd is still a banneret knight and cannot afford to retain bachelor knights, he elects to have Breca operate as a mercenary knight, although he offers employment when he can.
489: A small coalition of Cymric lords begin a campaign to take back Kent from the Saxon invaders. Breca is one of several mercenary knights hired for this endeavor. They capture and hold Rochester.
490: Sir Breca marries Edoma, a Saxon local. Edoma gives birth to Folkvar later that year. Dafydd becomes the First Earl of Huntington.
492: Saxon forces retake Rochester, causing Breca to flee with his family. They wander about Logres with Breca seeking whatever work he can.
493: Breca hears that Earl Dafydd of Huntington is hiring large numbers of mercenary knights to assist in his battles against encroachment of more recent Saxon immigrants. Naturally, Breca signs up and moves his family to Beale Valet.
505: Squired – Folkvar is enrolled into the Company of the Crimson Hawk and is mentored under Sir Celsus. As a new Squire, attended a ’Myriad of Marriages’, including Sir Celsus’ wedding to Claressant on the 1st of May so that the anniversary would be in conjunction with the coming of spring. Sir Damahaut wedded Joanette, arranging for the ceremony to take place at the church in Beale Valet. Sir Galien wedded Sigrid, Sir Donecus wedded Lisalen O’Shea, Sir Jaufre wedded Marianne, Sir Riorden married Willow, Sir Romulus wed Ashildr, Sir Turpin wed Solei, and Sir Kendrick wedded Gerhilda.
506: Folkvar joins a mission to finally put an end to Regmar the Brigand King and his band of outlaws known as the Black Shields. Folkvar and his allies manage to find and enter Regmar’s secret lair, and in the ensuing battle, Sir Donecus stabs Regmar with his magic sword which possesses a slaying power applicable to Regmar and any of his blood descendants. Although the special power of the weapon greatly wounded him, Regmar was able to resist its full effects and he strikes Donecus unconscious with his own enchanted weapon, the Mace Malevolence. Sir Damahaut, picks up the slaying sword and kills Regmar. When Regmar’s helmet is removed, his identity as Sir Taurinus is revealed, being the father of Donecus who has been missing for years. Donecus now knows that he, himself, is susceptible to the slaying power of his sword.
507: Folkvar attends the 1st Banbury Fair (Barony of Tribruit). When the characters returned to Huntington County, it was discovered that a theft occurred in Earl Dafydd’s treasure room. Somehow, someone managed to get the sleeping potion out of the rigged chest without otherwise disturbing the chest (the lock and chains were intact). The potion was used to render the guards in the area unconscious. A chest of coins was stolen, and written on the wall in charcoal was the following poem:

“It seems Folkvar’s plan was set in motion:
a chained-up chest and a Solei potion.
Although truth is not my specialty,
I know false rumor from reality.

Still, while you were at Banbury Fair,
I came to accept your little dare.

I am not one thwarted by locks;
so I took some coins…

…you keep the rocks."

508: Battle for London – Folkvar is given command of a squad of footmen and assists in capturing Lud’s Castle from its Saxon occupiers. Of note, he defeats a Saxon Knight and three footmen in single combat.

509: King Lot & Queen Margawse Visit Beale Valet
While journeying to London (where Lot planned to attempt pulling Excalibur from the stone) with their three sons; Gawaine (age 14), Agravaine (age 13) and Gaheris (age 11), the royal couple stopped in Huntingdon County. Their stay coincided with the queen’s birthday and therefore Earl Dafydd celebrated the event with a grandiose feast. Folkvar was struck by the Queen’s beauty, but his heart stayed true to the maiden Blancheva.

Margawse’s Birthday Celebration, and Prince Agravaine’s Ire
Many people presented Queen Margawse with birthday presents. Agravaine, being a dim-witted, unimaginative lout, merely gave her wildflowers. He felt upstaged by anyone who gave a gift that Margawse thought was particularly special. Sir Galien (who gave the queen a special fig cake) and Squire Thelsadar (who gave her a set of silver snowflake earrings) in particular noticed Agravaine glaring at them. Folkvar presented her with a fine gift which was well received.

The birthday celebration included a dance contest with Folkvar teamed with one of Margawse’s ladies-in-waiting. Surprising the clumsy Sir Damahaut had a moment of brilliance and he and the maiden Belle came in first place!

A Horrific Theft
On the day the royal couple were to leave for London, Margawse came upon a large raven with red claws and a red beak pilfering her silver snowflake earrings. The startled creature dropped one of them while taking flight and escaping through a window. Earl Dafydd was, naturally, outraged and declared to decisively put a stop to the thievery that has plagued the county for the past few years. Margawse put an enchantment on the earring that fell to the floor and gave it to Sir Turpin. The spell would be activated by the light of the sun on the next Spring Equinox, guiding whoever held it to its mate. Once the set of earrings was restored, the player-characters would be received in Orkney Isles by a hero’s welcome.

Folkvar’s Pure Companionship
Folkvar initiated Pure Companionship with Blancheva, a Cymric Christian of great beauty and character; and the daughter of Sir Elihfrit (a mercenary knight) and Lady Gynente. His rival turned out to be a Squire by the name of Pedius and the nephew of Sir Drusus, a vassal knight of Brun. Drusus and his family tried to intimidate Folkvar into giving up his courtship of Blancheva (saying, “Please, don’t break my nephew’s heart”) while surrounding him with armed men. Folkvar refused, because he believed that it was God’s will that he and Blancheva eventually be together. 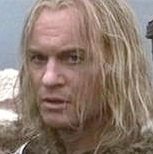