Romulus is the son of Sir Cirilius, a mercenary knight from the City of Lindsey, and the Lady Shalonie. Cirilius was originally a footsoldier in the service of King Uther who was knighted by the king on the battlefield for exemplary bravery. Despite this, Uther did not bring him into his household as a bachelor knight, and therefore he undertook the career of a mercenary knight.

Shalonie is the daughter of a blacksmith. There is a rumor in her home town, the City of Lindsey, that her mother, Floranna, was a noblewoman from somewhere in Europe, but had to flee when a civil war caused the rest of her family to lose their lands and their lives. Floanna escaped to Britain, changed her name and assumed the life of a peasant farmer in order to survive. Floanna passed away before her grandson, Romulus, ever really got a chance to know her. In the past whenever Romulus asked Shalonie about these stories, she would get very nervous and guarded, and simply tell him that they are “just rumors.” The rumors themselves do not provide any useful details, such as the exact place Floanna was from, and what title of nobility she supposedly had. Romulus has occasionally seen, however, an emerald fastened in a silver brooch that Shalonie usually keeps locked up. All she will say is that it is a family heirloom, but it is of a quality not normally found in the household of a village blacksmith.

Nevertheless, at the wedding of Romulus and Ashildr (A.D. 505), a foreign knight named Sir Cossas came to pay his respects. He had a Roman accent (not Romano-Briton, but actual Roman) and presented Romulus with a Damascene sword called Finalis Iram (Latin for “The Final Wrath”). This weapon had a wolf’s head on the pommel and was studded with real rubies. Cossas explained that this was a heirloom that, by right, belonged to Romulus. Although Shalonie did not initially want Cossas to say anything more, she relented, and therefore Romulus learned more about his heritage.

Romulus’ maternal grandfather was a baron named Camillius, and his grandmother’s real name was Fausta (not Floranna). Baron Camillius was reputed to be a great hero & a great villain. His barony, Talis Torren, was within an Occitanian / Roman kingdom of eastern Gaul called Neopan. Camillius was in the service of King Decius Modius Teburtius III, but the Roman Emperor claimed Neopan when king died, causing a dispute over legitimacy of the king’s heir (Decius Modius Teburtius IV). The loyalty of the Neopan barons was divided. Camillius sided with the heir (as well as a couple other barons) and were all killed in the resulting civil war. Fausta fled to Britain, and the emperor took over the Barony of Tallis Torren as a demesne.

480: Birth of Romulus in the City of Lindsey to Sir Cirilius and Lady Shalonie.
493: Cirillius hears that Earl Dafydd of Huntington County, Logres, is hiring large numbers of mercenary knights to assist in his battles against Saxon encroachment. Wanting to take advantage of this opportunity, Cirillius moves his family to the town of Beale Valet and begins his employment for Earl Dafydd.
495: Squired – Romulus becomes an original member of the newly formed Company of the Crimson Hawk (Town of Beale Valet). Mentored under Sir Edam. As a squire, Romulus participates in the Battle of St. Albans, protecting the supply wagons of the forces of King Uther Pendragon from a Saxon attack. He also attends the funeral and burial of Uther at Stonehenge.
496: Meets the daughters of Sir Galadorn.
497: Investigates the haunting of the Manor House of Lonely Elm.
498: Battles Saxon marauders in the forest near the Village of Langster.
499: Participates in an event known as “The Honorable Challenge of the Squires,” which pits the Company of the Crimson Hawk against the Company of the Iron Fist (i.e., some squires from the Barony of Brun). The challenge includes non-lethal combat (in which Romulus defeats Radulf) and other tests of skill. Huntington proves to be the winning side at the end of the day. The Honorable Challenge of the Squires eventually inspires the concept of bohorts featured in tournaments.
500: Travels to Sycamore Castle to assist in ransoming Sir Emeric (the father of Dragan) from the Saxons. Emeric relates how Sir Taurinus, the father of Donecus, was imprisoned with him, but he escaped in 494 after believing that he would never be ransomed, and declaring the life of a mercenary knight to be foolish. Emeric does not know the whereabouts of Taurinus.
501: Attends a fancy dress ball with Lady Ciara as his date. Romulus is dressed as a boar and Ciara is dressed as a deer.
Knighted by Earl Dafydd of Huntington. Sir Romulus becomes a bachelor knight residing in Beale Valet.
502: Assisted in freeing villagers from Regmar the Bandit King and his band of elite rogues known as the Black Shields. Regmar uses demonic magic to ensure he is not captured.
503: Participated in the Quest of Raul the Foole.
504: Landed – Earl Dafydd gives Romulus the Estate of Barrow Hill as a grant (located in Huntington County near its border with the Anglian Hills). At this point, Romulus becomes a vassal knight.
505: Marriage – Weds Lady Ashildr. From Sir Cossas, Romulus receives Finalis Iram (Latin for “The Final Wrath”), a Damascene sword with pommel shaped like a wolf’s head. It was the sword of his maternal grandfather, Baron Camillius of Talis Torren (Gaul).
506: Birth of Aurilius, son of Romulus and Ashildr.
Romulus joins a mission to finally put an end to Regmar the Brigand King and his band of outlaws known as the Black Shields. Romulus and his allies manage to find and enter Regmar’s secret lair, and in the ensuing battle, Sir Donecus stabs Regmar with his magic sword which possesses a slaying power applicable to Regmar and any of his blood descendants. Although the special power of the weapon greatly wounded him, Regmar was able to resist its full effects and he strikes Donecus unconscious with his own enchanted weapon, the Mace Malevolence. Sir Damahaut, picks up the slaying sword and kills Regmar. When Regmar’s helmet is removed, his identity as Sir Taurinus is revealed, being the father of Donecus who has been missing for years. Donecus now knows that he, himself, is susceptible to the slaying power of his sword.
507: Attends the 1st Banbury Fair (Barony of Tribruit).
508: Battle for London – Romulus assists in capturing Lud’s Castle from its Saxon occupiers. 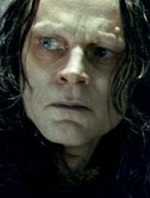